Home Ketogenic Diet Is Keto and Low Carb the same 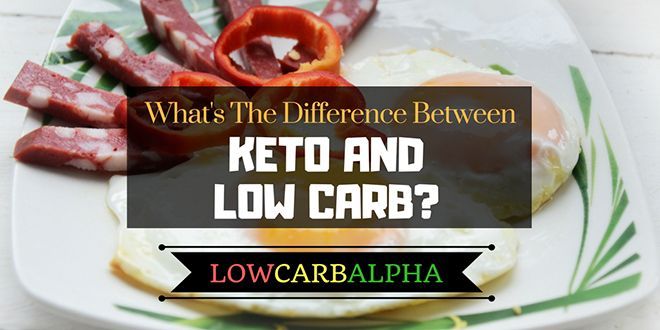 What’s the difference between low carb and keto? We will learn the variations, and judge which is best for you.

A ketogenic diet is very similar to other low-carb diets such as the Atkins diet, zero carb diet, paleo diet, or LCHF diet.

Follow any of these diets for a length of time, and you may end up bordering on ketosis by accident.

What’s the difference between Low carb and Keto?

For an average person, a diet might consist of cereal for breakfast, a sandwich for lunch, meat, and vegetables for dinner with processed, convenience foods in between meals.

For these people, any diet that restricts carbohydrates will be considered low carb.

The main difference in a ketogenic diet is the protein intake, whereby it is restricted when compared to typical low carb dieting.

Here’s an insight into low carb, LCHF, and ketogenic diets to help you choose which is best for you.

A ketogenic diet compared to a low carb diet can be very confusing to some since it needs changes to carbs, fats, and proteins.

If you have failed or never tried a low carb diet, then it’s safe to say keto dieting isn’t going to work long term.

Tracking macros is an essential component as the ratios need to be far more precise.

A ketogenic diet is a high-fat, extremely low-carbohydrate, moderate-protein approach. It typically consists of 75% fat, 5% carbs, and 20% protein.

When done properly, your body’s preferential fuel supply will be in the form of ketone bodies instead of carbohydrates (or glucose).

For a diet to be ketogenic, it additionally should be pursued with the long-term goal of keeping you in a state of nutritional ketosis.

For this reason, you cannot afford to overindulge in excess proteins, or carbs since any mistakes will kick you out of ketosis.

A low carb diet could mean a hundred things to different people.

Many people will choose to eat fruit, vegetables, beans, and lentils while reducing loaves of bread, portions of pasta, grains, and processed sugars.

Low carb dieting lacks information about what you should be doing with protein and fats.

If on an average day you eat 200g+ carbs then change to under 100g per day, then you can now say you’re on a low-carb diet.

The reason why it’s popular is it keeps you satisfied for longer, and when stepping on the scales, weight is magically lost.

This may be from reduced water weight since your body is now holding fewer carbs or lower calorie intake that caused weight loss.

The long-term effect of a low carb diet will differ greatly depending on how much proteins or fats you eat.

A byproduct of limiting carbs are increased amounts of ketone bodies. These are small atoms made within the liver consisting of fat.

When your body’s stored glucose levels are low, ketone production will increase.

To check whether you are in ketosis you may use urine strips or blood ketone monitors.

Blood ketone meters will give you more precise readings than color changes on a urine strip. General low carb dieting will not have a great impact on raising blood ketones as measuring proteins throughout the day have little importance.

Results will vary from each individual, but the longer you follow a ketogenic diet, the higher your blood ketones will be, thus putting you in a state of ketosis.

For most people, a low carb diet is eating under 30% of net carbs per day.

Depending on your gender, size, and activity levels, it can range from anywhere between 50-150 grams a day.

Food pyramids suggest large amounts of calories come from carbs each day, making up the bulk of all meals.

A ketogenic diet, on the opposite hand, recommends under 50 grams per day or a maximum amount of 10% coming from carbs.

Although hard for some, keeping your carbs consistently below 50 grams on a long-term basis will tell your body to begin relying primarily on fat as fuel and shift you into ketosis.

Protein intake is one of the major factors with low carb and keto dieting.

If bodybuilding on keto, weight training, or HIIT I recommend keeping a medium to high protein level to support muscle mass.

When trying to achieve weight loss, it can also help by keeping you fuller for longer.

High-protein diets will vary for each person but generally is more than a gram per pound of body weight.

This recommendation is not a lot of use on a ketogenic diet since macros need to more careful calculations.

Everyone should know that too many carbs will kick you out of ketosis, but overeating protein will do the same. When carb intake is low, protein is also turned into glucose via a process called gluconeogenesis, depending on amounts eaten.

Production of ketones is halted as glucose production continues as normal.

A low-carb diet should still have a reasonable quantity of fat.

You reduce your carbs, so all the extra calories are not going to come from protein, are they?

Eating a long-term low-carb and low-fat diet is enough to make anyone struggle with various problems. On a low carb diet, you will most likely get all the fat you need. The only difference being your body is still running on carbs.

On a ketogenic diet, though, everything is fat-based. A large percentage of your daily calories have to come from fat every single day. Eaten long-term results in your primary fuel source as opposed to carbs.

If new to high-fat dieting, this can be hard for many people to adapt. Fat on its own isn’t the primary cause of obesity, that’s when high-fat and high-carb is combined.

Which Diet Is Best?

Each diet is useful for whether you need to break a plateau, increase weight-loss or muscle mass.

Ketogenic dieting is by far harder since macros are essential to achieving ketosis.

It can also be more tempting to snack on high protein foods if you have nothing else around.

There can be many complications in the initial few weeks of keto-adaption, but it’s temporary if you calculate your macros correctly.

Either way, many changes must be made to your current diet as opposed to a typical low carb diet.

Mealtimes with family can be a challenge, especially if children are in the house.

Everywhere you go, you will see forbidden food; people will be eating foods that you’re not allowed to eat, and so on.

Basic meal prepping and planning is a must for either diet.

There is no best diet for anyone; it’s more what works for each person and how to adapt the chosen diet into your lifestyle.

Are keto and low carb diets the same? Let us know your difference’s between ketogenic, LCHF, and low carb nutrition below. 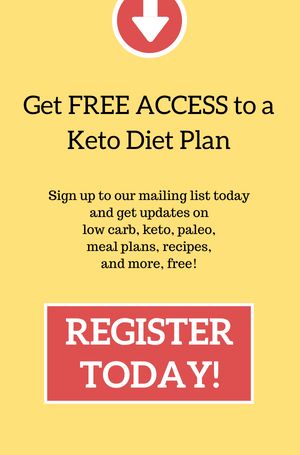